Since 1999 he holds the Chair of Public Law, Financial Law, Environmental and Energy Law at the Faculty of Law and Political Science at the University of Greifswald.

In addition to various reports commissioned by the European Commission and German ministries, he advised the Vietnamese government to carry out an ecological tax reform from 2007 to 2009. In 2004, he was admitted to the Scientific Committee of the International Institute of State Law (IIEDE) in Porto Allegre (Brazil) and was appointed honorary member of the Brazilian Tax Institute (IBPT) in 2006.

His research focuses on climate protection law and policy, sustainable energy and transport as well as fundamental issues of tax and subsidy law. 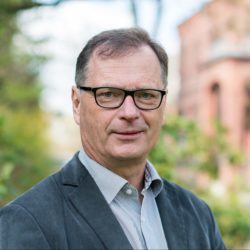